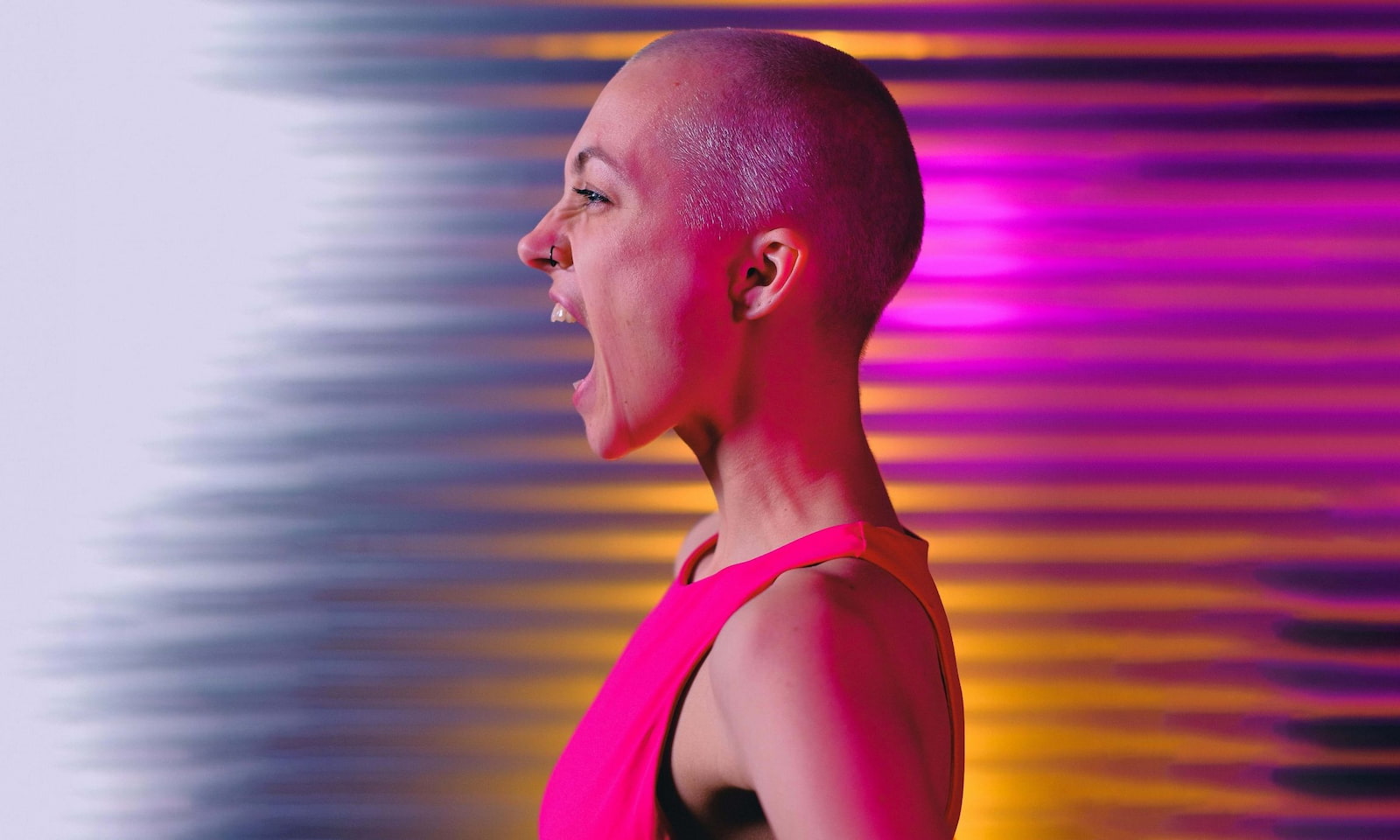 Bisexual people make up for a large part of the LGBTQIA+ community. However, the representation they get is still highly problematic, as they are either invisibilized or constantly hypersexualized. And believe it or not, but not all bisexual people are into threesomes.

Dating apps have flourished over the past years, and particularly during the COVID period (sorry to bring this back, babes). They have helped a lot of people getting laid, meeting the love of their life, move on from their exes, or be further disappointed. But they also come with their own issues: blatant sexism, racism, online harassment and unwanted dick pics, to mention a few. Today, for the bisexual visibility month, we are going to talk about one of these issues in particular: the fetishization of bisexual women and femmes. While it is not strictly related to online and dating apps interactions, those have raised the issue to another level. So, buckle in, because we are in for a ride!

Let me indulge in a quick definition, here. I know most of you already know this, but misconceptions are still very much present nowadays – and they are the reason behind this article’s very existence. So please, bear with me.

Bisexuality, then. The prefix ‘bi’, as you probably know, means ‘two’ on a strictly linguistic level. Believe it or not, the term ‘bisexual’ was originally meant to design people presenting characteristics of ‘both sexes’ (not my words). You can still find this definition in the Oxford English Dictionary. This concept had obvious issues (for instance, the idea that there are two binary and opposite sexes), but I will not discuss them here.

‘Bisexuality’ then moved on from referring to people’s sexual characteristics to referring to people’s romantic, physical and/or sexual attractions. In the early stages, the ‘bi’ prefix was taken pretty literally to design ‘same and opposite’ genders (again, not my words). This definition is problematic, again, because it is based on the binary assumption that there are only two genders.

The term then evolved, and if you have spoken with any bisexual folks lately, you have probably noticed that most of them have a larger definition of it. It is widely admitted that bisexual people are attracted (physically, romantically and/or sexually) to more than one gender. This encompasses all genders and non-genders of the spectrum – exit, the binary normativity. And yes, it does include trans and intersex people as well, because yes, trans men are men and trans women are women. And the same is true for intersex men and intersex women. Glad we could clear that up.

Now that we have established what bisexuality means, let us move on to the next chapter: common misconceptions on bisexuality.

Common misconceptions on bisexuality, or 'Please do not be biphobic'

Despite the fact that the bisexual community makes up for a large part of the LGBTQIA+ community, bi folks still face a lot of biphobia, both from within and outside of the community. Generally, this comes from awful stereotypes, that depict bisexual folks in a bad light. And if we were to discuss each and every one of them, we would still be here tomorrow (but if you are interested in the subject, we recently did an Instagram post on the matter!). So, let us tackle the ones directly linked to our subject, shall we?

‍
Bisexual people cannot choose between dating men or women and want to do both at the same time (I know, the title is rather long)

As it turns out, bisexual folks do not have a DNA or a brain fundamentally different from the rest of the population. While some people might be polyamorous or in open relationships, others are very much in monogamic relationships. Needless to say, all of the above relationships are perfectly ok, as long as everyone involved is consenting.

Having an open relationship is perfectly fine. What is not, is deciding behind your partners’ back that your relationship is not exclusive. And, FYI, this type of behavior is not linked to bisexuality whatsoever. It just makes you an asshole. So, no, if you date a bi person, they will not cheat on you because they are bisexual – if they do, it is because they do not respect your boundaries, period. And no, bisexual people are not more prone to non-monogamous relationship or cheating than any other sexual/romantic orientation.

While it may be true that some fellow bi have a well-developed libido, that does not apply to the community as a whole. Like every group of people, the bisexual community is made of a multitude of individuals, who have very different relations to sex and to their bodies.

On top of that, as we have discussed just above, bisexual people do not have a higher libido than the rest of the world. It is not because we could, technically, sleep with a man and a woman (at the same time), that we want to – or have to. There are literally trillions of reasons as to why people might be uncomfortable having sex with more than one person at a time. And all of them are valid.

‘At least 60% of your messages, if not more, are likely to consist of words to the effect of: “My girlfriend and I were very interested in your profile…” Even, that is, if you have said you are monogamous on your profile.’ (Curve, December 2016)

So, why is that? How come these two scenarios are so recurrent? And why are bisexual women/femmes more exposed to this than bisexual men/masc folks? My answer would be: the patriarchal, misogynistic system.

Where does bisexual women/femmes fetishization come from, or ‘Why are straight cismen so obsessed with having female casted threesomes?’

However, I cannot help but be convinced that the main cause of this fetishization is deeply rooted in our patriarchal, binary and sexist system. Indeed, it perpetuates the idea that women are at men’s disposal; that they are objects of desire (and never subjects);  and that women should be glad to sleep with them. People perceived as women/femmes are constantly oversexualized. And if, to that, you add the fact that men are raised with the idea that their needs are more important and that no one is to refuse them anything, you obtain an ugly mess that leads to the fetishization of so many groups, including bisexual women/femmes.

Furthermore, as if this was not enough, if you have been brought up as a girl, you probably have been taught to look out for men’s approval. Or, that you should please them. To be proud and flattered if they manifest any interest in you (ring any bell yet?). And, if you are attracted (partly, entirely, or a little bit) to men, it is particularly true in relation to sex and sexual behaviors. Many of us have been taught that we should sexually please men and be proud that they find us attractive, hot and ‘wild’. That we are supposed to honor some kind of ‘marital duty’, that would imply satisfying their every (sexual) needs.

This is obviously not true. But it can be a challenge to unlearn these things. Especially if you meet someone who manipulates you into believing it is true. The results can be highly negative and traumatic. Which brings me to the next part of this article: why it is important not to fetishize bisexual women/femmes – most of the reasons can be applied to other fetishizations as well, by the way.

Negotiating sexual behaviors and/or pushing someone to do something they do not want to, or a not entirely sure they want to, is sexual violence. It is traumatic and can leave people scarred for life. You should never do it.

This applies to both the bisexual woman/femme you match with on dating apps and your bisexual woman/femme partner. Not everyone is ready or want to share their partners during sex. There is a trillion reasons for this, and they do not need to justify their ‘no’ with any of them.

Using blackmail to convince them to still engage in a sexual act they do not want, using sentences such as ‘Don’t you love me anymore?’ or ‘If you don’t, I will leave you for someone else’ is also a sexual violence. This is not something you should do. Ever.

It is tiring and dehumanizing to subscribe to dating app or come out to friends, just to be treated as a piece of meat by straight couples. No, I am not a sex accessory and no, I will not save your relationship, John. If there is an issue, you should try and talk with your partner. Not invite someone else to your bed, much less without the consent of everyone involved.

NB: this constant pressure to have sex is also an issue in the queer community as a whole, as society and queer culture are pushing us to be overtly sexual – but this will be discussed in another article, for Asexual Awareness Week, so keep an eye out for it.

What lessons can be drawn from this?

It seems pretty basic, but apparently the message is not clear enough, as people are still doing it. So, I will say it again: leave bisexual women and femmes alone.

Do not fetishize them.

Do not sexually coerce people.

Do not negotiate for sex.

Ask nicely and let it go if/when someone says no.

Do not register under ‘woman’ if you are a cishet couple looking for bisexual women on dating applications.

Heck, do not go on generic dating apps to approach women who do not say upfront that they are looking for threesomes. There are specific sites/apps for that, just use Google.

Be nice, take your meds, use the right pronouns and respect other people.

If you are interested in the definitions of bisexuality, the lack of visible bisexual male figures or bisexual women/femme’s dating experiences, here are a few other articles that you might like:

Bisexual women are being failed by their partners: Bi women dating cis straight men are the least likely to be out and here’s why (Glamour, 2021)

The evolution of the word 'bisexual' — and why it's still misunderstood (NBC News, 2020)

7 Struggles Of Online Dating As A Bisexual Woman (Curve, 2016)

And if you want to leave on a more positive note and discover amazing projects by amazing bisexual folks, just browse through the list below:

‘Two Bi Guys’ Podcast: Bisexuality Like You Have Never Heard It Before

‘We Are Lady Parts’: When Fierce, Queer And Muslim Women Play Punk Rock

Thank you for reading me. Do not hesitate to share your thoughts on this on our social media (@bowiecreators) and spread the word – we would love to hear back from you!

In the meantime, take care and do not force people to have threesomes with you,