We envision a world where gender norms no longer define who we are, who we can love or what we can achieve.

Queer and feminist creators from all over the globe show us everyday that we can collectively harness our creativity, passion and fearlessness and create a society where inclusion is truly lived, not only talked about.

We support these passionate creators whose ideas and actions have the power to move the needle for us all, wherever we are.

Let’s make gender and LGBTIQ+ the revolution it needs to be! Across industries and across communities. Let us be the collective (r)evolution.

Why do we exist?

part-time work
59% of women work part-time in Switzerland compared to 18% of men
CHILDCARE
82% of mothers with young children work part-time compared to 13% among fathers in the same situation
Wages
Women still earn 20% less than men
EMPLOYABILITY
The unemployment rate of transgender people is 10 times higher than the national average (20% vs. 2.1%)
SEXUAL PLEASURE
A woman reaches orgasm on average 1 out of 5 times, while men reach orgasm almost every time
MARRIAGE
Same-sex couples still cannot get married in Switzerland and founding a family remains difficult
MENTAL HEALTH
Young LGBTIQ+ are 5 times more likely to attempt suicide compared to their cisgender heterosexual peers
diversity
Intersex, asexual or aromantic people are still unknown to the majority of the population
rights
When it comes to LGBTIQ+ rights, Switzerland is ranked 22th country in Europe
harassment
50% of young LGBTIQ+ have experienced harassment in the last six months
SEXUAL VIOLENCE
19% of women have had non-consensual sexual relations

Our theory of change

We provide an accessible support system for all queer and feminist creators out there, courageous enough to raise their voice and bring about change in their communities. Our goal: increase the lifetime impact of each creator.

We act as a connector for the queer and feminist community, across geographies, topics, sectors and identities. Let's unite in our diversity. Let's be the collective (r)evolution!

What we stand for

We have identified 11 sub-behaviours characterizing a gender+ inclusive society. For this reason, we support projects that impact one or more of these dimensions

Use gender+ inclusive language
Provide the same rights, opportunities and protection for everyone
Understand and meet the needs of others
Promote gender+-inclusive information sources (gender+ representation) and activities
Be non-violent and condemn violence towards others because of their gender+
Do not discriminate against others in access to products, services and other opportunities
Talk about gender+ with those around them
Challenge stereotypes through action and/or speech
Respond to non-inclusive behaviour
Support and respect the self-determination of others with regards to their gender+

BØWIE [ˈbəʊi] stands for Bold, Øpen, Wild, Innovative and Empowering. Those are the values we are looking for in each of the projects we support. Not quite there yet? Don't worry, our mission is to help you achieve those goals with our incubator.

Projects with big objectives, a clear vision and a smashing impact

Projects being inclusive of gender diversities and beyond

Projects creating change in a fun and unexpected way 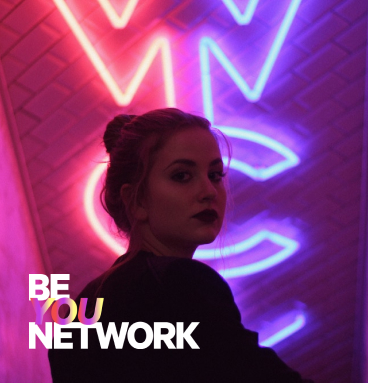 Imagine a bunch of students coming from both sides of the Röstigraben, all animated by the same passion, the same dream to change mindsets on gender and LGBTIQ+ topics in Switzerland 🇨🇭. This dream was very much linked to our own personal experience of inequality and exclusion. Something we all shared, this feeling of not quite belonging, of not being understood. In our own schools, within our own families, in our own cities. We knew in our gut that things could be different. And we had tons of ideas of how we could create change. But we had no money and very little experience...

Fast forward to today. Be You Network (BØWIE's mothership) has just celebrated its 10th anniversary. Over the past 10 years, 250k+ people have taken part in our actions in more than 60 cities in Switzerland and abroad, and more than a million have been impacted. They have transformed the way they see the world and society and, as importantly, their relation to others.

So how could it be that a bunch of inexperienced youngsters could achieve that?

Of course, there was hard work involved, but really, we were also extremely lucky. Lucky to meet the right people at the right time, people who were the first to believe in our project.
‍
We got to be part of a community of like-minded people, through which we found support when things got tough. And it did sometimes. This community gave us the courage to push forward, to never give up. They helped us defy the odds: when 90% of entrepreneurial projects do not survive past 18 months.

We also received the support of other entrepreneurs, role models and mentors who were open to share their knowledge and experience with us. They gave us the mental freedom to believe in gender and LGBTIQ+ topics as a legitimate ambition, a legitimate career path on which we could focus all of our energy. Equality and diversity do not have to be a side project.

Finally, we found brave partners who took a leap of faith by agreeing to support and finance our projects since the very beginning.

For all these people, we are so very grateful. Grateful to have met them, in a field where stereotypes and taboos still make it difficult to get support and raise enough money to sustain long-term projects. Gender topics still divide and polarize, but those people were dedicated to see a change regardless. They took a chance. And they taught us something very important: that the ultimate power is to empower others.

Without those lucky encounters, things might have turned out very differently for us. We've created BØWIE because we don’t want to leave it to just luck anymore. Because we believe that we need a support network that gender entrepreneurs can easily find and rely on. We've created BØWIE to empower those who empower others.