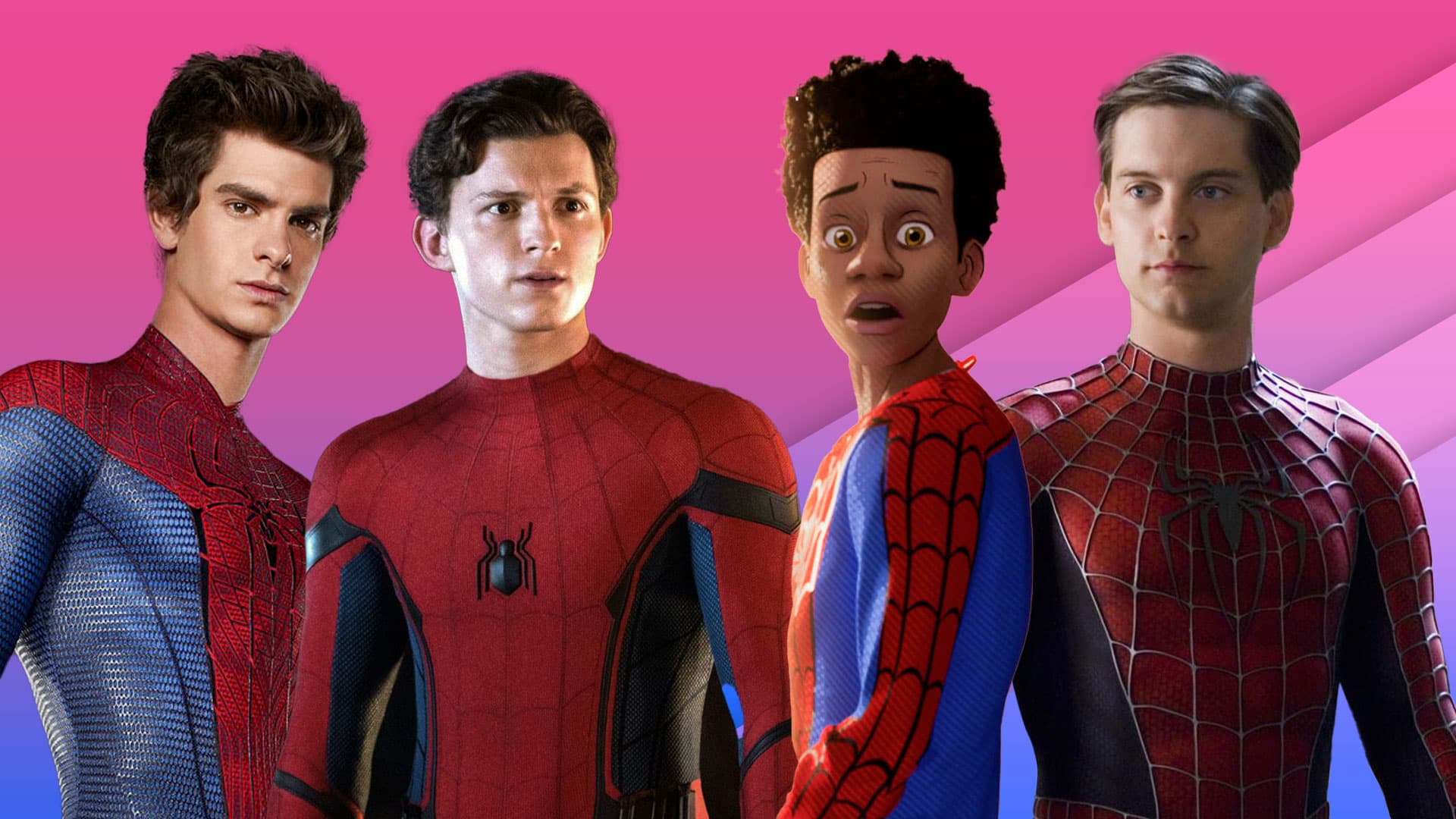 Where is the bisexual spider-man we deserve ?

And so it has finally come out. No, not spider-man himself sadly. Once again we’ll have to wait for a bisexual spider-man. The movie, though, is out in cinemas. The most anticipated movie since season one of the pandemic swooshed into movie theatres all over the world and caught about half of the world’s population in its web, without an ounce of queerness in sight.

This article contains spoilers for all Spider-Man movies and Marvel movies so far.

Who can blame us? After months of anticipation to see just who would be in the new Spider-Man: No Way Home and eternity of blocking hashtags on social media to avoid spoilers. Maybe, in the age of streaming and home theatre extravagance, the only real value left in cinemas is audience reactions. Marvel has delivered quite a few of those. Think Captain America holding Thor's hammer under thunderous applause from moviegoers. Yet, nothing, and I mean nothing could compare to the collective gasps that emerged on that fateful night where portals opened to let in not one but two legacy spidermen into the MCU.

But this was not the highlight for me, not even close. You see, about two-thirds of the way in, as the final battle approached we got some amazing spider banter (TM). In a random moment of affection the line “I love you guys” was uttered by the internet’s new favorite white boy Andrew Garfield. This line, directed at the two other Peter Parkers in the universe was all it took to send me down a long line of suppressed memories from 2012-2014. As MJ was saved in the most poetic way ever put to film, my mind was swimming through the comments made by that same man not ten years ago, about Peter Parker being bisexual.

Maybe it was my chronically online teenage years, maybe it was the fact that there is precedent in this very universe for variants from different dimensions falling in love with each other, but my own spider senses felt that this was a web-slinger love story waiting to happen. Forget about defeating the bad guys, this new movie was about to defeat heteronormativity.

LGBTQ Spider-Man in the comics

There hasn’t been an exact storyline about this in the comics as far as Spider-Man goes. Stan Lee and Steve Ditko may have written the working-class kid from queens to be a hero for the downtrodden, but apparently not for the gays. In fact, when asked about Spider-Man’s potential bisexuality, Stan Lee himself replied “I think one sex is more than enough”, which was honestly a bit disappointing.

Even if Lee and Ditko’s fabulous duo didn’t plan for this, however, comics have gone in all kinds of directions since the ’50s. Peter Parker has passed on the mantle to Miles Morales, an Afro-Latino kid, who got his own movie a couple of years ago with Into the Spider-verse. A movie that probably inspired this whole venture into multiverses at Marvel if only with slightly more whiteness added to it. Yes, I saw Jamie Foxx/Electro’s line about a black Spider-Man, yes it was good, no it is not enough. The point is, times have changed in the comics, and representation is now the name of the game.

In the ever-confusing universe(s) of comics, MJ Spider-Woman, specifically her Earth-65 version, is Bi. Shippers of Jessica Drew and Carole Danvers have been so vocal that her original run’s lack of queerness was corrected with a lesbian or at least queer Earth-1610 version. And that’s only the Spider-Man comics. LGBTQI+ characters have been on the pages of Marvel Comics for a while now, the new Cap America Chavez, Colossus, Wiccan, and of course, Deadpool are all confirmed to be queer. So, could a bisexual spidey be coming our way?

The Age of the Amazing Spider man vs. the internet

If you were online when the 2012 reboot came out, you are probably familiar with the criticisms that plagued these movies. A (very loud) majority considered that this superhero origin story did not need to be told again. Some argued that it was all the same stuff. High-School kid gets bitten by a radioactive spider, Uncle Ben dies, “with great power comes great responsibility” yadda yadda, we’ve seen that before, where’s the new take on this clamored reddit. On the other hand, the few new elements that made their way into the movies were also criticized. Chief among them is the fact that Peter Parker was too cool to be relatable. These movies could never win. As the awkward middle child, amid studio dealings and take-overs between Disney and Sony, it seems they were the victim.

The one thing that was, almost universally, loved by audiences though? The love story between Peter Parker and Gwen Stacy. And let me tell you why. It wasn’t simply that the movie did away with the Mary Jane of the Raimi movies, it wasn’t even the off-screen romance that ensued. It is simply the fact that those movies were rom-coms. Teenage love rom-coms for sure. Romance enhanced with web-shooters and giant Lizards, of course. But romance nonetheless. If you think about it, Marc Webb’s filmography up to that point included mostly music videos, and THE rom-com of the decade, 500 days of Summer. I will go to my grave arguing this was a calculated decision from studio executives. Studios who saw the success of Twilight and the slew of supernatural romances that followed and said… hang on, we got a spider-kid who would be perfect for that.

Ultimately, for better or worse, the Amazing Spider-Man movies were about relationships. Exploring love and loss on a deeper level than we had ever seen this far. So, it made sense when Andrew Garfield speculated on potential relationships for his version of the character. ‘Why can’t Peter explore his bisexuality in his next film? Why can’t MJ be a guy?’ he simply said. And then was promptly pushed to apologize, retract and walk back any insinuation that our friendly neighborhood Spider-Man could be anything but staunchly heterosexual. This was a heroic move on his part, it cost him a lot, but it also sent a particular segment of the internet into a tizzy.

Let me be clear. A bisexual spider-man would not have been possible back then. The powers that be at the studio were probably right. Especially when you take into account that Disney is still pulling off the queerbaiting that marked villains from the ’90s in live-action adaptations as recent as Captain Marvel. If the movies were already a tough sell, a bisexual, pansexual, or even just a little too queer, spidey would’ve been panned left and right on 9gag and co. This is why those comments were so brave and, I would argue, why there has been so much speculation for all new iterations of our favorite spider guy.

Time moves in mysterious ways during the pandemic so this may be news to you. But it isn’t 2014 anymore, the jeans have gotten baggier, the shirts have gotten tinier and gay rights are pretty definitively on the come-up. As Marvel announced the upcoming Spider-Man: No Way Home, the yassification of spider-man seemed all but inevitable.

In fact, back in 2020, as promotion ramped up, the Gay Times reported that Sony was looking for a way to introduce a queer spider-man. Oh how times change. The idea seemed pretty vague at the time but acted as a promise from the studio to reintroduce Andrew Garfield and Tobey McGuire into the Marvel Cinematic Universe, with at least one of them having a boyfriend. “Not just lip service,” they said.

In fact, Sony’s new approach to the sexuality of their characters had already made an appearance in this very same universe. Although admittedly a symbiote-human relationship may not be the best queer representation we could ask for, the flirty relationship between the male presenting Venom and Tom Hardy’s male human (and host) Eddie Brock is definitely a step.

‍(sidenote: if you don’t believe me go check out the scene where they are on a beach-front couple’s retreat and complimenting each other’s hair in the breeze if you are too cold-hearted to see the romance there, there’s nothing I can do except recommend a steady dose of rom-coms for the foreseeable future).

At this point, even current Spider-Man Tom Holland had chimed in on his character's sexuality. “The world isn’t as simple as a straight white guy. It doesn’t end there, and these films need to represent more than one type of person.” chimed in the woke poster boy of an entire generation. This was backed by many confirmations that Tom would love to share the screen with a gay, bisexual, pansexual, or otherwise queer Spider-Man. Even Kevin Feige had gone on record saying the new phase would introduce inequivocally queer characters to the MCU.

Having brought all this information with me to the movie theatre, I ask you how else could the “I love you guys” line be read any differently. Of course, maybe this was not the arc they were going for, and that’s fine. But I wonder how queerness manages to never be the arc they are going for. And while the story was beautiful and filled with poignant moments that had me, and quite a few others here at BØWIE, in tears, I can’t hide that it was a bit disappointing to be queerbaited by studio talks once again.

The future of Spider-Man

But as with all queerbaiting there is always the promise of the next one. If recent media proves anything it is that shows and movies can get away with promising some form of queer representation for years before delivering on it (or not). We can only hope that this first trilogy was, in fact, a very long origin story and that as the characters are established we can now get the bisexual Spider-Man we deserve. In the form of the Amazing Spider-man coming back for Morbius, in the shape of Miles Morales’ animated web-slinging hero, or even in a new iteration of the character. Perhaps the future of the MCU is the same as the comics, where you are allowed to follow a single storyline through thick and thin and can ignore any other comics that aren’t your cup of tea. After all, there is only so long a studio can get away with making audiences watch a decade of movies, five additional movies from another studio, and three tv shows in order to understand and enjoy their films.

If Spider-man: No way home reveals anything, it is that Marvel has millions of alternate dimensions to experiment with. There has to be at least one bisexual Spider-Man out there. 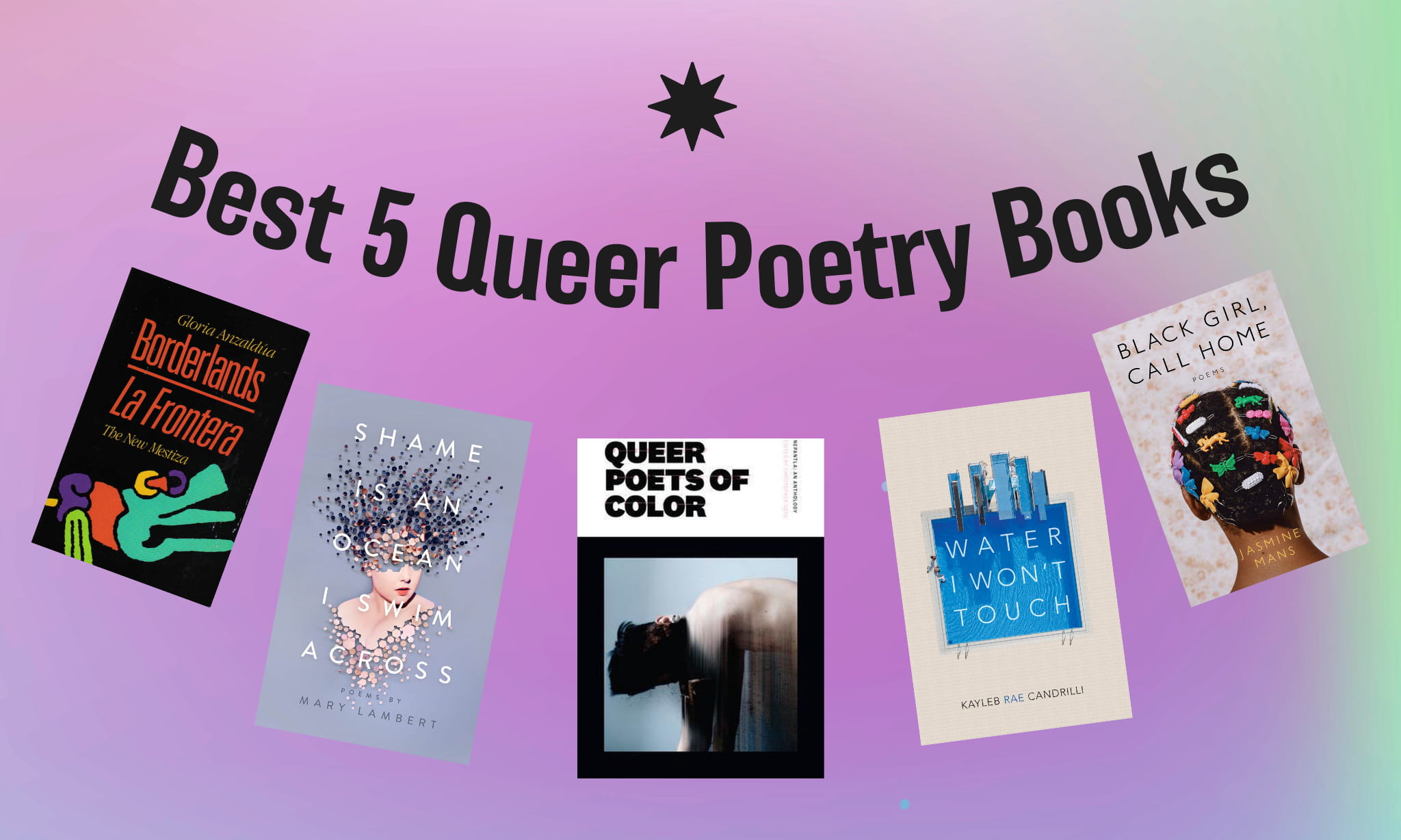 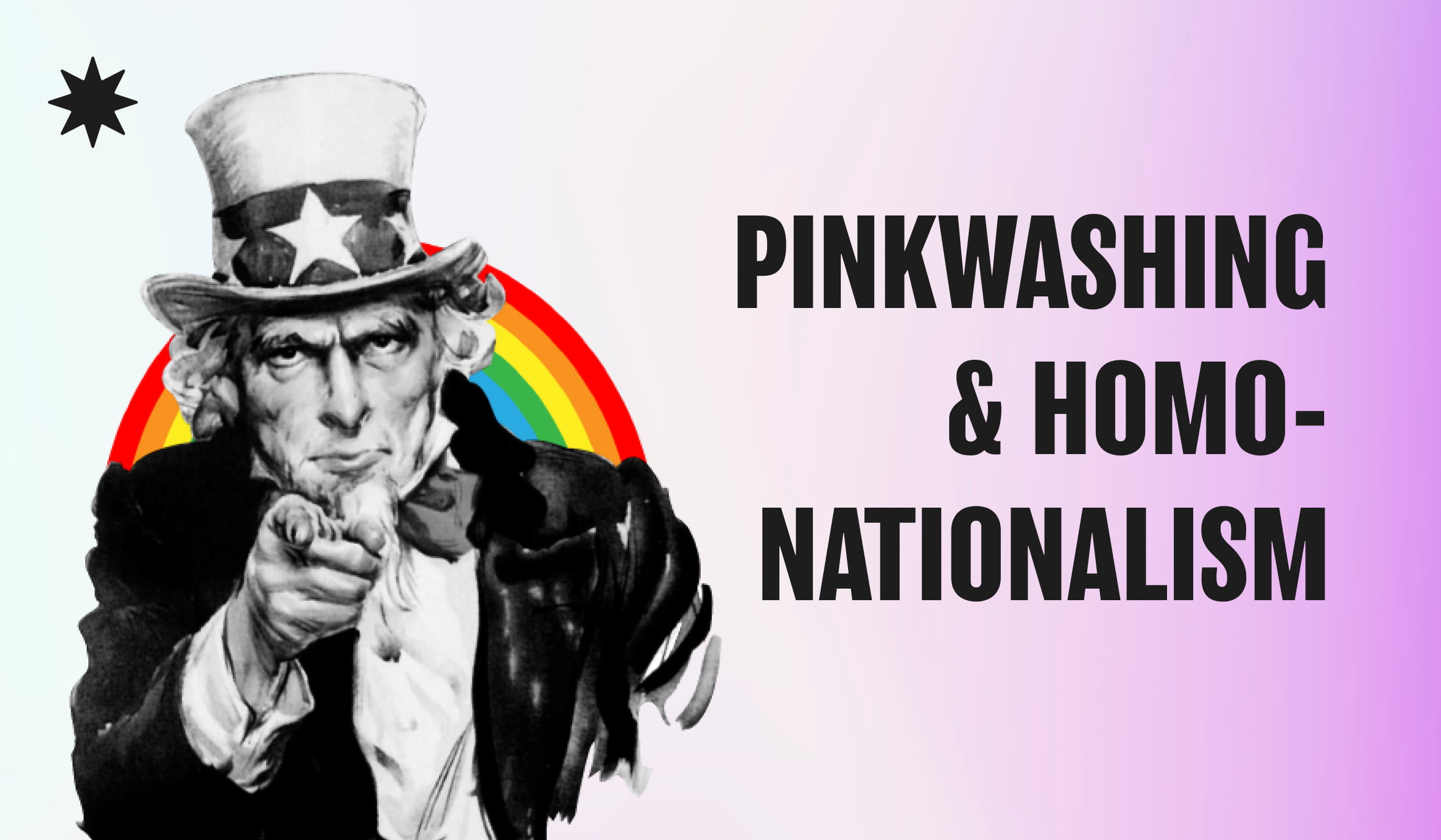 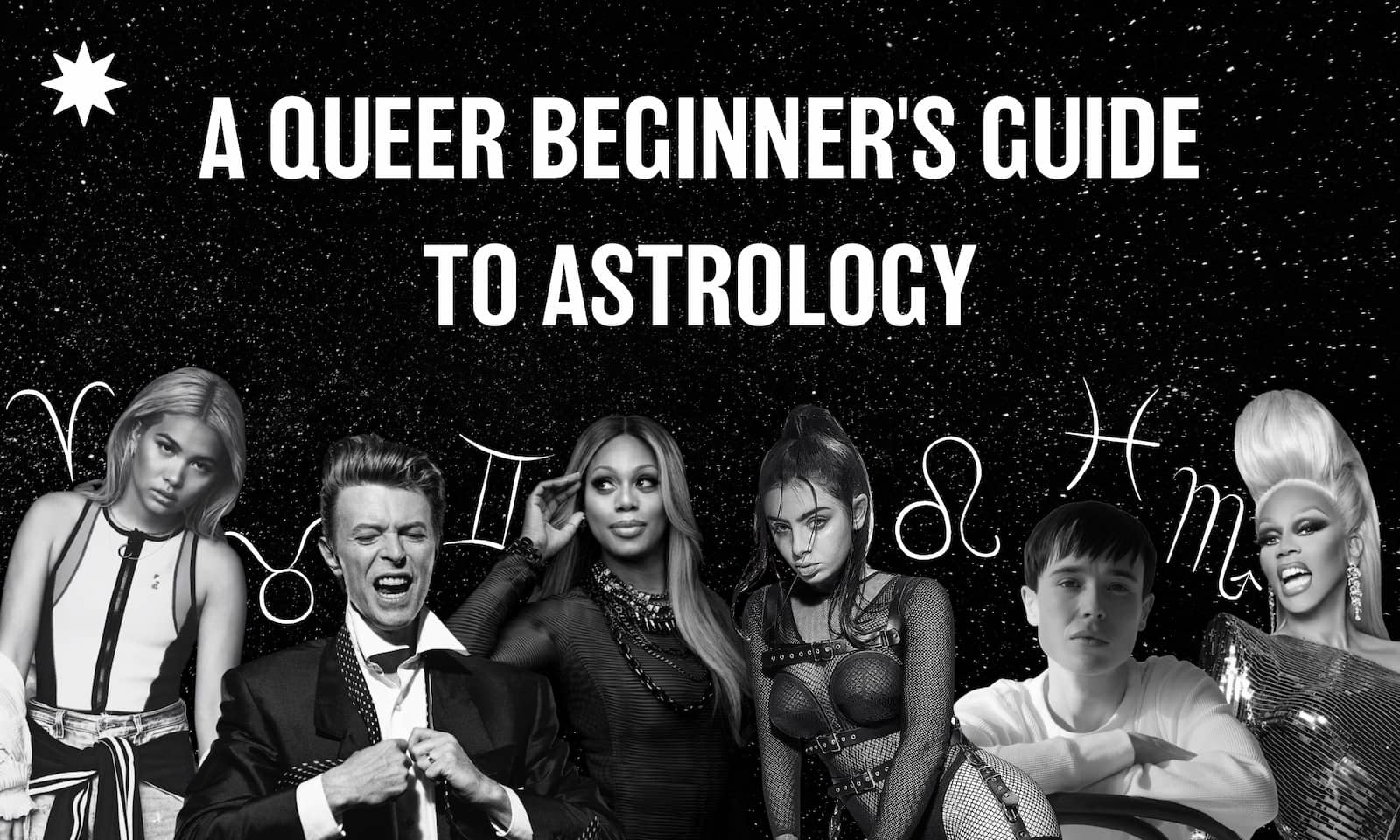 Where is the bisexual spider-man we deserve ?