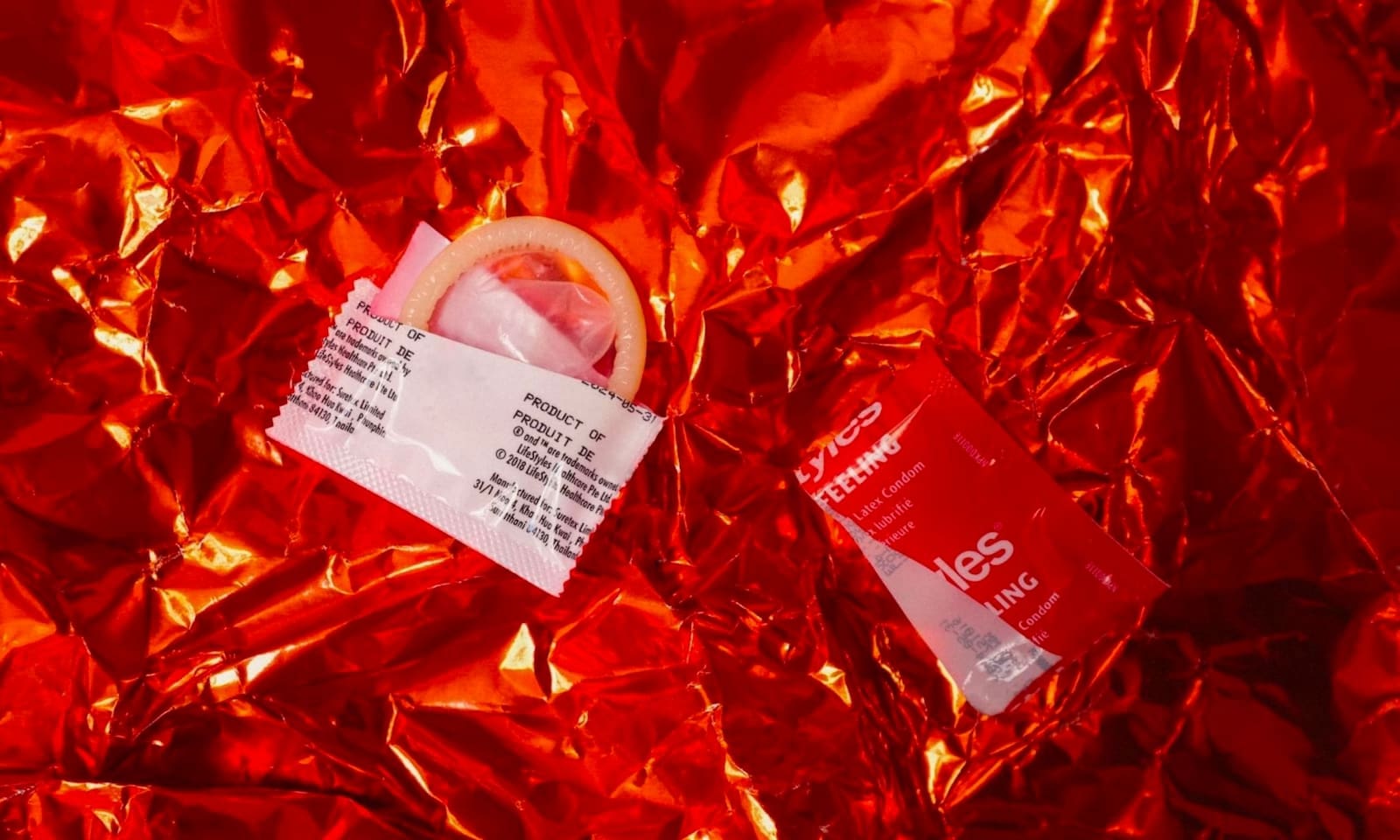 With some countries regaining interpersonal freedom after months of social isolation, World AIDS Day taking place this week and a fairly recent incident in which the rapper DaBaby was accused of harmfully upholding stereotypes about HIV positive (or HIV+) individuals (and particularly gay men) at a live show, a refresher on sexually transmitted infections is needed. Not only on their definitions and preventative measures, but also on the people who carry the weight of a disease on top of a widely ingrained social stigma.

In this conversation, queer people find themselves in a predicament: they are both the scapegoat to showcase how sex can be dangerous, and yet they are erased from mainstream safe sexual practices education. That is why this article will work two-fold, in reiterating proper safe sexual practices (and where to find additional information), as well as discussing how stigmatizing shifts away from providing appropriate care.

Disclaimer: for the sake of common understanding, anatomical terms will be used.

What are STIs and how do they work?

STIs can be caused by a bacteria, a parasite or a virus. While there are more than thirty known types of infections, eight of them are the most common according to the World Health Organization: syphilis, gonorrhoea, chlamydia, trichomoniasis, hepatitis B, herpes simplex virus (HSV or herpes), HIV and human papillomavirus (HPV) (World Health Organization, November 2021). Out of those eight, half are curable (syphilis, gonorrhoea, chlamydia and trichomoniasis) and the other half are incurable (hepatitis B, herpes simplex virus, HIV and HPV).

However, it is important to establish this early that incurable does not equate untreatable. In fact, various treatment methods are offered for all the aforementioned infections, whether it be antibiotics, vaccines, and more, such as antiretroviral therapy for HIV.

The most dangerous aspect of STIs are the many myths surrounding them, particularly among younger sexually active individuals. Let us state some quick facts:

1. STIs do not discriminate: your first time or one hundredth time can be the moment of contraction. STIs also do not care about sexual orientation or social background. All sex acts carry a risk of transmission.

2. STIs can be contracted several times: for the curable types, you can contract the same STI again. You can also contract a new disease after fighting one off, as well as contract multiple active infections at the same time.

3. You would not necessarily know you have an STI: they do not always cause identifiable symptoms - and there lies the biggest danger. You may not know that you are carrying and spreading one. Unfortunately, just because there are no symptoms, it does not mean that they are not active in your body and not being transmitted to others.

5. HIV and AIDS are not the same thing: AIDS is the term for the later stages of untreated HIV infection, when the body has been severely damaged by the HIV virus (HIV.gov, June 2020).

6. HIV is treatable: while there is no cure, there are treatment options for HIV+ individuals that lead to living long, stable lives.

7. Treated HIV does not cause transmission: with viral suppression treatment, the viral load becomes undetectable and there is effectively no risk of an HIV+ person infecting an HIV- partner. This is very much achievable with the help of a healthcare professional (National Institute of Allergy and Infectious Diseases, June 2020).

Those are rather general myths, but some of them are queer-specific:‍

8. HIV/AIDS is not a 'gay disease': while gay men were an outspoken demographic of those affected by the HIV epidemic in the beginning, sexual orientation does not make you more or less prone to any sexually transmitted infections.

10. Neovaginas and neophalluses need protection too: not many studies have tackled risks for post-OP genitalia, but erring on the safer side is more responsible. Infections are definitely transmittable, even if the rate of contraction is not clear.

Bonus myth: STIs and STDs are quite not the same thing. All sexually transmitted diseases begin as infections, a stage that is not yet a fully-developed disease, yet can transmit to others while being asymptomatic. And STD is what some untreated STIs can later turn into (note: not all. HPV usually clears up on its own and remains an STI throughout).

The safest sex is no sex. Sex comes with a level of risks and it is important to be aware of this. And while that is true, abstinence is not a realistic prevention method, nor is it necessarily recommended. In fact, studies show that having sex has great benefits on physical and mental health, such as boosting the immune system, lowering heart attack risk and reducing stress. The goal is then to have the safest sex possible, and still keep it enjoyable! Luckily, there are ways to make sex very safe for all parties involved.

Get tested before and after every partner and/or on a regular basis. While being in an exclusive relationship may feel safe, getting tested together shows that you both take your health seriously, as there are other ways of contracting those same diseases. Make sure to get tested on all STIs, just to be sure. You can find more information on costs by looking up STI testing costs at local sexual clinic websites or local sexual health organizations.

In addition, for HIV in particular, there is PrEP or Pre-Exposure Prophylaxis, which is a medication that prevents the settling of HIV into the body. It is very effective (up to 99%) against HIV contraction when properly administered.

While on the topic of testing while asymptomatic, the health of internal organs is important too! Regular gynecological examinations, for pelvic exams and pap smears, or getting a prostate exam for example are all part of personal, sexual health too.

Condoms, dental dams, gloves and lube are a strong line of defense. Unexpired condoms are 98% effective when used properly, but this number drops significantly when the condom expires (National Health Service, October 2020). This is because the material gets drier and weaker, making it more likely to tear during intercourse. The dryness is also a reason to use lubrication, as it eases on friction and preserves the latex (some people are allergic to latex by the way!). All parties should carry protective materials with them, just in case.

Last tip: communicate! Getting 'caught in the moment' and forgetting to protect yourself can be prevented with a few words. Make your sexual health a priority before starting the act and be clear that protection is necessary. Communication is also necessary during sex too, as checking-in on how things are feeling can adjust to better positions/lubrification/changing protection strategies.

When there are symptoms

If you were to discover that someone you have had sex with has an STI, get checked as soon as possible. In the case of HIV, if the contamination happened under 48h, there is PEP or Post-Exposure Prophylaxis. This medication can be prescribed by a health professional.

As soon as you notice unusual genitalia discharge, pain when peeing, lumps or blisters around genitals or anus, rashes, unusual bleeding, itchiness or warts, seek out a medical professional. You can look into a sexual health clinic or your general practitioner first. Remember that those meetings are confidential.

Do not panic! While this is a scary possibility, many things can cause these symptoms, most being completely curable. Most STIs are either curable too, or treatable to live a regular life. Also know that the contraction of life-long STI has a community of people living with it as well. You are definitely not alone.

The facts mentioned above were quick to verify, yet not common knowledge. That is the problem: misinformation on sexual health does not happen in a vacuum, its effects ripple across the entire community. It is the reason why poor sexual education has such weighted consequences. It leaves people to rely on myths to make decisions on their sexual health, as well as lead to dangerous stigmas on those who have contracted and live with an STI.

This misinformation, although carrying serious repercussions, can be unintentional. This is the case of those who are spreading STIs unknowingly, because they show no symptoms and were not told the importance of testing even without symptoms, for example. It can also be malicious, as seen in the AIDS epidemic of the 1980s, which weaponized homosexuality as the cause of the infection. Using a public health crisis that was puzzling the medical field in order to stigmatize a sexual orientation into silence and erasure is simply inexcusable. It impacted many lives, in fatal ways, and rejected empathy towards this devastating situation. Yet, the impact of those messages still carries today, and onto the 2021 Rolling Loud music festival stage in Miami.

Shaming those who open up the taboo of STIs only furthers the silence around this topic. This reduces the willingness to seek out medical help, or even disclose to future partners out of fear of backlash. What is needed are better infrastructures supporting sexual health education that represent all genders and sexual orientations, as well as improved access to the medical care required to sustain treatment. These life-changing policies have been long-overdue.

Christmas is coming, and so should you: Our top 10 Sex Toys